Supply Chain: A Problem In The Furniture World

March 1st, 2020 was a rather normal day in the world of furniture sales. Retailers all over the U.S. were expecting it to be a better than normal year and everything was trending that way over the course of the first two months of the year! With one positive test and a nationally televised NBA game between the OKC Thunder and Utah Jazz being postponed and an arena evacuated, the furniture world got flipped upside down! The next day we all walked into empty stores as fear and uncertainty began to grip the nation. We had no idea what was coming next. Would we be allowed to remain open? Would being open put our employees and our customers in grave danger? Would the profession and industry so many people had dedicated their lives and careers to even stay afloat? Most of us closed our doors, at least long enough to gather all the facts about what we were facing. Once all the facts had been gathered and guidelines had been established, about the time that toilet paper became available again, we re-opened our stores. Some opened on an appointment only basis, some only online and some opened their showrooms back up to the public and limited the amount of people that could patronize the establishment. March and April were scary times for all of us and the furniture industry was no different, sales plummeted and small stores were sure if they could make it through to the next week, let alone the next month or year. Then, out of nowhere, something amazing happened! In May, sales went to the moon! Most people had been stuck at home for months staring abysmally at their old, worn-out, dirty furniture and they were tired of it. Combine that with the stimulus checks they had in there hand and we were off and running! The next four months were a blur, in my fourteen years in the furniture business it had never seemed so easy to make a sale, no matter how big or small it may have been. Customers had extra money and they were ready to buy, and buy they did! In fact, they bought so much that the furniture industry as a whole saw an 18% increase over the previous year. Take into consideration that for the 11 years prior to that home furnishing sales only increased by 1% each year and you can begin to see where this large scale hiccup began.

Let’s backtrack for just a second. What I didn’t mention is that when COVID-19 invaded our country, most, if not all, of the factories that manufacture furniture shut down for all of March and most of April. When they re-opened they faced a two-fold problem. The pandemic kept rearing its ugly head and would cause periodic shutdowns over the months to come and the factories workforce only returned to about 40%. Many workers chose to stay at home and draw unemployment (who can blame them). However, during this time orders were flooding in from every corner of the country and demand far outweighed supply. The factories were building furniture as quickly as possible, but it wasn’t fast enough. No one could have foreseen the events that were taking place and over the months of July and August time frames started to get pushed back. Manufacturers that typically could build and deliver an order to a retailer in 2-4 weeks slowly pushed back to 8 weeks, then 12 weeks, then 16 weeks and now we are looking at time frames of 20 weeks or longer to get orders that we are placing for customers. On top of the supply and demand problem we are facing another problem has started to arise as well, freight! (Or as my operations manager says, “Fright”) Not only are the manufacturers not able to keep up with supply and demand, freight companies are having an increasingly hard time finding enough drivers to deliver the goods once they are produced. The perfect storm has hit the furniture world and has left customers uncertain about updating their home because they have no idea when they will be able to receive the goods they have purchased! So what is the solution? Is there a solution? The answer is yes, but it isn’t that simple. It takes creativity on the part of the retailer to provide solutions for customers that can be accomplished in a timely manner.

Smaller retail stores, like Clifton’s Furniture, have been seeking out and finding companies in their region who have large, well stocked warehouses that can deliver on their promise of just a few weeks turn around time. These are not the big name brands that you may be accustomed to hearing but these companies make a quality product at a fair price and have been a blessing for local furniture stores. Names like Ashley Furniture and La-Z-Boy have been household names for many years and as you can imagine they were some of the hardest hit when this perfect storm ripped through the furniture world. I salute those customers who are loyal to a brand and even more so if they are willing to wait 20 weeks to get that brand. Loyalty is a big thing no matter what business you are a part of these days. As a veteran in the furniture industry, I would encourage you to give the little guy a try. It may take a little more research but that never hurt anyone. There are stores all across the country that would love to provide a customer service experience that you won’t soon forget and provide quality furniture at the same time! Is it a tough time to be buying furniture? Only if you are looking in the wrong places! Shop local and give your local stores the opportunity to wow you in the process! 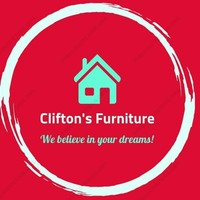 Supply Chain: A Problem In The Furniture World